Thank you all for being awesome!

Just over a year ago in Perth, we invited you to a party at our place, and we feel as if that is exactly what #lca2015 has been.

You have Been Awesome guests, and it's been a great party.

We had fantastic feedback from our event venues. MOTAT told us that their volunteer enthusiasts who were staffing the exhibits really enjoyed the intelligent conversations that they had with you. The staff at Sweat Shop said that you were all extremely well behaved which was why they were happy to keep the bar open for as long as you wanted.

We couldn't have asked for more from our guests.

We had a great time, and now it's time to relax for a little while. The videos of the presentations and keynotes are now online, and we're uploading the slides as they come in.

As part of our closing session we provided some numbers regarding LCA 2015.

Thank you to Linus Torvalds for this mornings Q&A

The #lca2015 team want to thank Linus, Bdale, Rusty and Andrew for the Q&A session which opened the conference this morning. 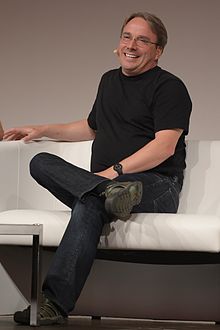 Below is info and pictures of some of the amazing swag in this year's bag! If you want to take home some extra SWAG then go see the lovely volunteers at reception and you will be able to purchase some extras. The prices are below. We have only limited stock, so be quick!

The SWAG will be on sale after all people have completed registration on Wednesday morning. 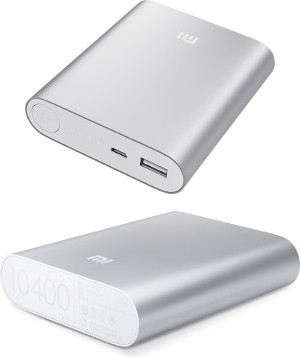 This USB charger has rave reviews, due it's form factor and the amount of power it is able to pack into it's small size. The Mi Power Bank contains LG Lithium-ion batteries that can endure 500+ recharge cycles and a rated capacity of 3.6V/10400mAh (TYP). See www.mi.com for more details. 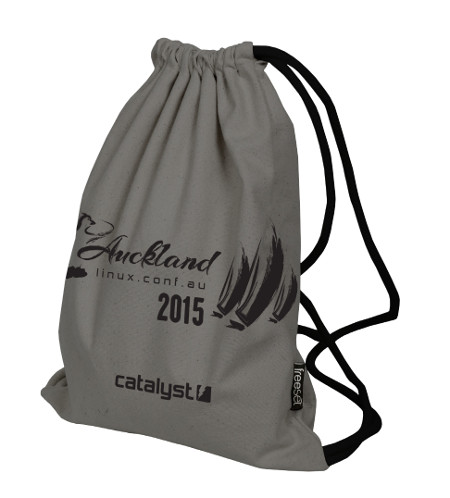 The LCA bag by Freeset Global is made under fair trade working conditions using sustainable or organic materials. Freeset Global are serious about bettering the lives of their producers and they also re-invest all profits back to the communities that create our products. 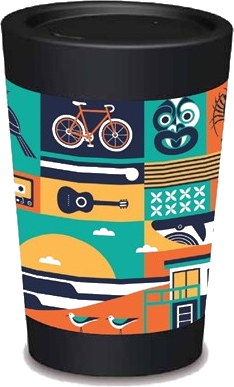 The trendy coffee cups are made in New Zealand by CUPPACOFFEECUP. These recyclable coffee cups are made from food-grade polypropylene, which means they are hardy enough for you to reuse them many times, and when you do dispose of them they can be recycled into new consumer goods.

If wish a different design for your coffee cup, take it back to the registration desk and we can exchange it.

We should probably mention the stickers and toiletries - they're free - please take them - we have hundreds of them. :-) 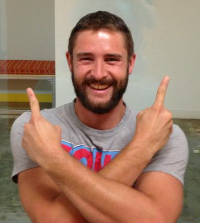 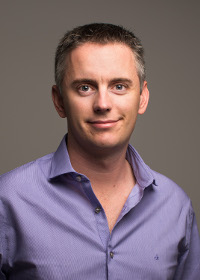 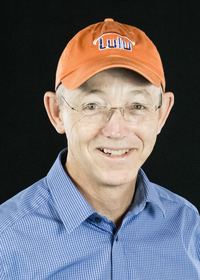 Our Wednesday Keynote speaker is Bob Young, founder and chairman of Lulu.com, co-founder of Red Hat and the Center for Public Domain.

Bob Young is the founder and chairman of Lulu.com, a premiere international marketplace for new digital content on the Internet, with more than 300,000 recently published titles and more than 15,000 new creators from 80 different countries joining each week.

Lulu.com, founded in 2002, is Young's most recent endeavour. The success of this company has earned Young notable recognition; he was named one of the "Top 50 Agenda-Setters in the Technology Industry in 2006" and was ranked as the fourth "Top Entrepreneur for 2006," both by Silicon.com.

In 1993, Young co-founded Red Hat (NYSE: RHT), the open-source software company that gives hardware and software vendors a standard platform on which to certify their technology. Red Hat is a Fortune 500 company and chief rival to Microsoft. His success at Red Hat won him industry accolades, including nomination as one of Business Week's "Top Entrepreneurs" in 1999

Before founding Red Hat, Young spent 20 years at the helm of two computer-leasing companies that he founded. His experiences as a high tech entrepreneur combined with his innate marketing savvy led to Red Hat's success. His book, "Under the Radar", chronicles how Red Hat's open source strategy successfully won wide industry acceptance in a market previously dominated by proprietary binary-only systems. Young has also imparted the lessons learned from his entrepreneurial experiences through his contributions to the books to "You've GOT to Read This Book!" and "Chicken Soup for the Entrepreneur's Soul."

In 2000, Young co-founded the Center for Public Domain, a non-profit foundation created to bolster healthy conversation of intellectual property, patent and copyright law, and the management of the public domain for the common good. Grant recipients included the Electronic Frontier Foundation, the Creative Commons, the Free Software Foundation, and the Future of Music Coalition.

In addition to enjoying fly fishing, Young collects calculators and antique typewriters, a nod to his beginnings as a typewriter salesman and can usually be found sporting a pair of red socks. However, instead of red on his head, Young now tips his orange hat. 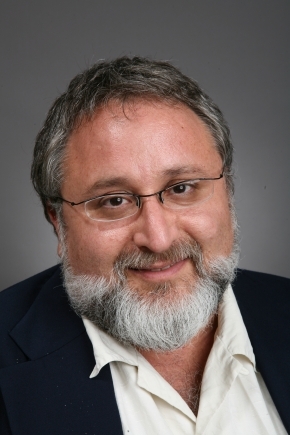 Today we have our first Keynote speaker - Professor Eben Moglen, Executive Director of the Software Freedom Law Center and professor of Law and Legal History at Columbia University Law School.

Professor Moglen's presentation is scheduled for 09:00 am Tuesday, 13 January 2015 so don't be late.

Registration is downstairs (level 0) at the Owen G Glenn Business School at the University of Auckland.

We look forward to seeing you there, and we even have a coffee cart in the vicinity to keep those caffeine levels up. 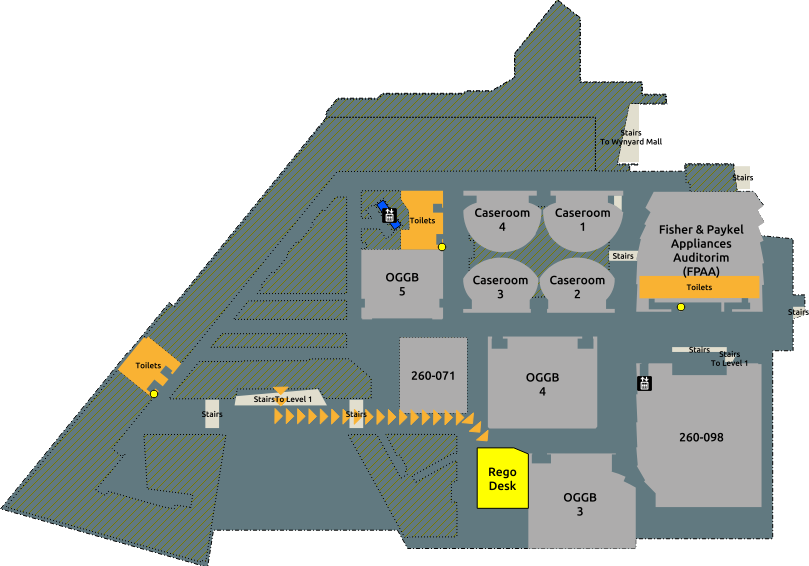 Look for redshirts around the University - they will be happy to point you in the right direction! 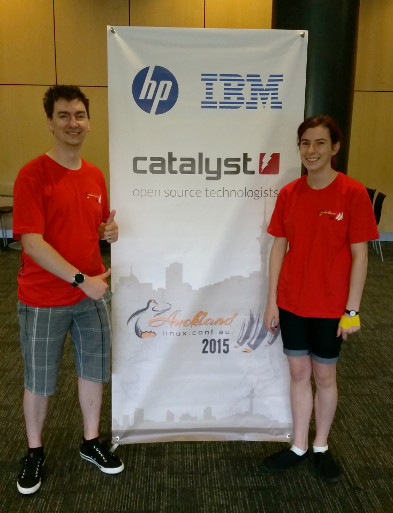 Registration this year will be downstairs (level 0) at the Owen G Glenn Business School at the University of Auckland.

We look forward to seeing you there, and we even have a coffee cart in the vicinity to keep those caffeine levels up.

Follow the yellow path starting on Level 1 (see map below) to the rego desk which is on level 0 (downstairs). 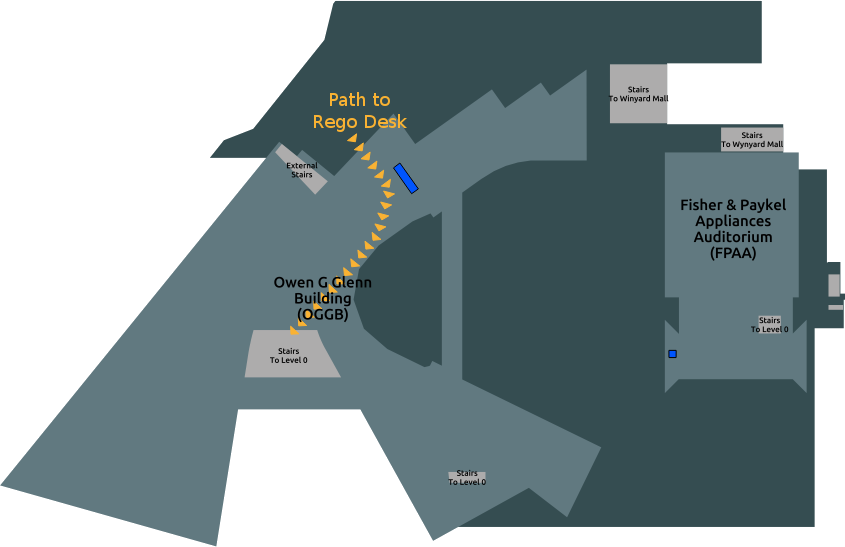 Look for redshirts around the University - they will be happy to point you in the right direction!

We are especially grateful to Michael Davies for his efforts in bringing Professor Moglen to LCA 2015 in Auckland for us - thank you Michael!